AHA: What Does the Research Say About Coffee and Your Health? 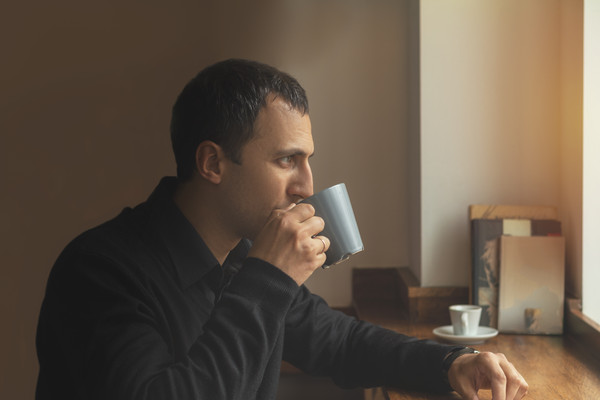 Coffee. Cup of joe. Java. No matter what you call it, millions of people worldwide wake up and fuel their day with it. And though consumers might be jittery about the recent court battle in California over cancer warnings, experts say most of the science actually indicates coffee could have health benefits.

"The overall picture is quite clear," said Dr. Frank Hu, chair of nutrition at Harvard University's T.H. Chan School of Public Health. "There is no long-term increased risk of major chronic disease, including diabetes, cardiovascular disease or even cancer."

The java confusion stems over an eight-year court case. A Los Angeles-based judge's preliminary decision last month requires cancer warning labels because of concerns about acrylamide, a chemical produced during the roasting process. Acrylamide also is present in some fried or roasted starchy foods, including french fries, potato chips, breakfast cereals and toast. It's also found in cigarette smoke. The judge gave the coffee industry a few weeks to file appeals and could issue a final ruling late this month.

But there's little evidence acrylamide levels in food cause cancer in humans. Studies have found no consistent evidence acrylamide exposure in food is associated with cancer risk, according to the U.S. National Cancer Institute. The World Health Organization's International Agency for Research on Cancer reviewed more than 1,000 human and animal studies and issued a statement in 2016 that "found no conclusive evidence for a carcinogenic effect of drinking coffee."

"The California judge's decision to label coffee as a cancer risk is really inconsistent with the scientific literature," Hu said. "It's very misleading and has already caused a huge amount of confusion in the general public. The health outcomes have been remarkably consistent."

Hu was senior author of a 2015 study in the journal Circulation that concluded people who regularly drink moderate amounts of coffee daily -- fewer than five cups -- experienced a lower risk of death from heart and neurological diseases.

About four years ago, the U.S. government gave coffee its OK, too. The Department of Agriculture's dietary guidelines for all Americans, published every five years as a go-to source for nutrition advice, said three to five cups a day, which can be up to 400 milligrams a day of caffeine, can be part of a healthy diet. The American Heart Association suggests that people who have an arrhythmia, an abnormal heart rhythm, talk to their health care provider about caffeine intake.

"This guidance on coffee is informed by strong and consistent evidence showing that, in healthy adults, moderate coffee consumption is not associated with an increased risk of major chronic diseases (e.g., cancer) or premature death, especially from cardiovascular disease," the federal guidelines say. "However, individuals who do not consume caffeinated coffee or other caffeinated beverages are not encouraged to incorporate them into their eating pattern."

More recently, a review of more than 200 studies published last fall in the BMJ concluded three to four cups a day may be "more likely to benefit health than harm." It found a lower risk of liver disease and some cancers in coffee drinkers, and a lower risk of dying from stroke.

All of that should be good news to the people around the world who drink more than 1.1 billion cups of coffee each day.

But it's still easy to be confused. A quick search for coffee and health online yields hundreds, even thousands, of results.

Studies abound -- some funded by the coffee industry. For example, a European Journal of Nutrition study investigated the effects of coffee and its antioxidant properties and found no effect. Researchers took blood samples of 160 volunteers who drank up to three to five cups of coffee or water each day for eight weeks.

"Up to five cups of coffee per day had no detectable effect, either beneficial or harmful, on human health," that study concluded. It was funded by Kraft Foods, which makes Maxwell House coffees.

Of course, "no one is talking about coffee as a magic bullet," Hu said. He and other experts say it's important to keep track of the bigger picture, with the focus on moderation and dietary patterns.

"You can't pin anything on any one specific lifestyle behavior, particularly with diet," said Alice Lichtenstein, a senior scientist and director of the Cardiovascular Nutrition Laboratory at Tufts University in Boston.

"When we talk about diet, it should really be about the whole package, not single items. Right now, the majority of the evidence suggests there may be a health benefit from drinking coffee and there doesn't seem to be any disadvantage. Of course, with a caveat that you don't want to add a lot of cream and sugar, or to use it as an excuse to have a few cookies or a pastry. Then, there is a downside," said Lichtenstein, a professor of nutrition science and policy who also was an advisor on the federal dietary guidelines.

"We have a tendency to focus on one or two specific foods or beverages, and that's when the whole floor falls out from under us."

Copyright is owned or held by the American Heart Association, Inc., and all rights are reserved. If you have questions or comments about this story, please email editor@heart.org.

This article was from HealthDay and was legally licensed through the NewsCred publisher network. Please direct all licensing questions to legal@newscred.com.