Some people do better exercising at a low-intensity pace 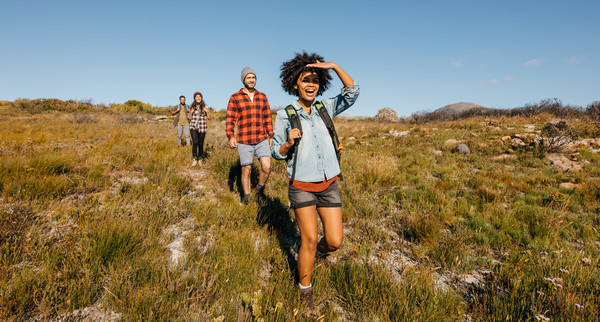 Liz Wolfert seemed a picture of health. The Denver-based financial consultant rode her bike to work, climbed "14ers" — mountains that rise more than 14,000 feet above sea level — took kung fu lessons and swam. But in 2015, at age 32, she learned that she had elevated blood glucose levels, a possible sign of ­pre-diabetes.

Wolfert's first instinct was to work out harder and faster. But she soon learned that she needed to do the opposite: slow down and exercise at a much easier pace.

Wolfert was told of her "metabolic inflexibility" — and the recommendation of low-intensity exercise — by Iñigo San Millàn, director of the Sports Performance Program at the University of Colorado Sports Medicine Center in Boulder. An exercise physiologist who works with elite athletes, San Millàn defines metabolic flexibility as the body's ability to quickly switch between fat and carbohydrates to fuel exercise.

Individuals with Type 2 diabetes are metabolically inflexible. That is, they have a poor ability to switch back and forth. Endurance athletes, on the other hand, have an amazing capacity to do so. Fats and carbohydrates are metabolized in the mitochondria, so mitochondrial function is the key element behind metabolic flexibility.

Elite athletes, San Millàn explained, are incredibly efficient at this task because they have a high level of mitochondrial health. "Mitochondria have the job in cells of metabolizing carbohydrates and fats in order to generate energy," he said. "As a result, this is a population practically devoid of Type 2 diabetes."

The average person, however, may have a metabolism that is less agile. "If you are not metabolically flexible, you have a tough time accessing and burning fat for fuel," San Millàn explained.

Wolfert learned this after a trip with her mother to San Millàn's lab. "We read about his testing methods and that he was looking for average people to come in and try it," Wolfert explained. "We thought it might be a good idea to see where we stood and if it could help me with my" suspected pre-diabetes.

Both Wolfert and her mother expected her to exhibit better metabolic efficiency. "I am your typical deskbound American, not athletic, and don't exercise to the degree that Liz does," said Diane Wolfert, who is 66. "So we were shocked to see that I had good metabolic efficiency and Liz didn't."

One thing the mother got right that the daughter did not was exercising at a low intensity. "I do go for walks," said Diane Wolfert. "Based on my results, nothing needed to change."

San Millàn has spent years testing the metabolic flexibility of elite athletes using high-tech and expensive methods. The standard test includes a muscle biopsy, which is not practical for widespread use.

Determined to broaden the test's accessibility, San Millàn developed a streamlined version that he used on the Wolferts.

San Millàn has patients exercise at gradually increasing intensity on either a bike or a treadmill wearing a mask that measures how efficiently they are utilizing fat and carbohydrates. "The test stresses the mitochondria to give us very clear signals of how well they work," he said. "I take periodic blood samples from the fingertip and assess how quickly the cells are clearing lactate, which is a metabolic byproduct that can lead to disease if it accumulates."

San Millàn tested his methods to demonstrate their efficacy vs. the standard protocol, which involves a muscle biopsy, and it held up well, he said. "All the physicians I talk to love the concept of my test, and many refer their patients to us for metabolic rehabilitation."

Rosalie Naglieri, a Maryland-based clinical endocrinologist, finds the approach intriguing but suggests that multiple factors may be at play.

"I think this test probably has validity in trying to determine why some people really have marked benefits with adding exercise, and other people have hardly any," she said. "I have many patients who exercise all the time and can't lose a pound. I also have very heavy patients doing IronGirl-like (sprint triathlon) races. The question in these patients: Is the exercise wrong for them or is the diet they eat wrong?"

According to San Millàn, the only treatment for metabolic inefficiency is exercise, and for the more sedentary, it should be very low in intensity.

In contrast, however, some studies have shown that high-intensity interval training, or HIIT, can benefit pre-diabetics as well as a moderate-intensity program does. "So the interesting question would be," Naglieri said, "in those HIIT studies, what is their mitochondrial status before and after? Or did those studies somehow have a skewed population?"

Since taking her test with San Millàn in early 2016, Liz Wolfert began taking 30-to-60-minute walks several times per week. "After several months of this, I climbed a 14er and realized it was much easier for me," she said. "My body began working more efficiently."

When she was retested, Wolfert said, she was thrilled to learn that she was in the normal range for metabolic efficiency. And her primary-care physician ordered a blood test that indicated that her signs of pre-diabetes were gone. "Clearly I needed to add this lower-intensity work into my routine," she said.

"I do agree that exercise is not a one-size-fits-all," Naglieri said, "and that there are definitely differences in metabolic response to exercise."

San Millàn said that too many people are like Wolfert: They work out, but at too high an intensity for their fitness level. "If you look at the exercise workloads of top athletes, they do 70 percent to 80 percent of their training at a low intensity," he said. "But out on the streets, we often see the opposite: an out-of-shape population jumping in at high intensity."

The result can be burnout, injury or not keeping heart rates low enough to build mitochondria. "Really what we need is an individualized approach for everyone," he said. "But for beginners, walking is a wonderful place to start. It can be incredible medicine."

This article was written by Amanda Loudin from The Washington Post and was legally licensed through the NewsCred publisher network. Please direct all licensing questions to legal@newscred.com.