Will calorie counts on menu items do more harm than good? 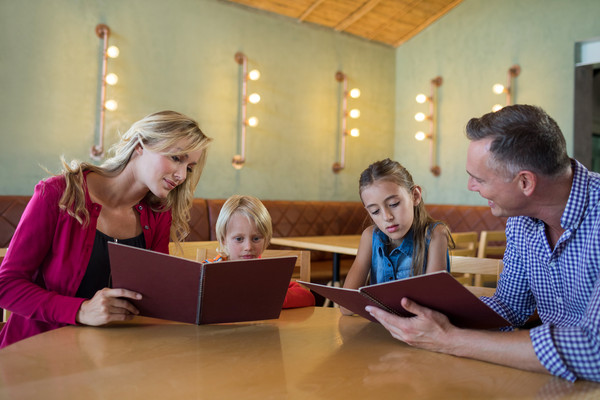 Starting in May, you can expect to see calorie information labels on more restaurant menus, as the Food and Drug Administration starts enforcing the national menu labeling law that was passed in 2010 as part of health-care restructuring. All chain restaurants and other food establishments with 20 or more locations will need to post calorie information, either onsite or on their websites. The intention is to help Americans become healthier, but research suggests this information may do little to improve eating habits, while potentially harming individuals who struggle with weight concerns or eating disorders.

Americans do dine out a lot — more than half of our food dollars go to restaurants or convenience meals, rather than to groceries for meals cooked at home — and we tend to consume 20 to 40 percent more calories eating out than at home. The intention of the menu labeling law is twofold — encourage food producers to reformulate their products so they are lower in calories, while prompting consumers to make better food choices. It appears only the first part may be working.

A 2017 systematic review and meta-analysis published in the online journal Nutrients found menu labeling didn't change the quality or quantity of calories consumed. Similarly, another systematic review published last year in the journal Obesity found, based on the limited evidence to date, menu labeling might lower calories purchased in some food settings — such as cafeterias — but has little impact in fast-food restaurants.

Transparency and wanting to know what's in our food isn't a bad thing, but providing calorie information on menus may have undesired consequences. Judy Simon, a Seattle-based dietitian and nutrition instructor at the University of Washington, said nutrition information could be helpful for some people, such as a Chipotle customer who, upon seeing a burrito is 1,100 calories and knows it would be too filling, opts for a bowl instead. "But a person who is a diet survivor or has an eating disorder looks at these numbers often as a judgment," she said. "They don't benefit from the information — it in fact can cause more harm than good." She added that having nutrition information available online or in a pamphlet may be a safer option than plastering it on menu boards.

The impact on eating disorders

Posted calorie counts in restaurants are "a potential trigger for anyone with disordered eating tendencies," said New York-based dietitian Christy Harrison, host of the Food Psych podcast and certified intuitive eating counselor. "Sure, some people have great relationships with food and aren't influenced by seeing calorie counts on menus — but those people are likely outnumbered by people who struggle with disordered eating." A 2008 online survey of 4,023 women ages 25 to 45, conducted by SELF magazine and the University of North Carolina, found 65 percent of the women had engaged in disordered eating (unhealthy behaviors such as purging, extreme dieting, or pill use) to lose weight. An additional 10 percent had a full-blown eating disorder.

"Dieters are more likely to engage in disordered eating, have higher blood pressure, and experience greater levels of psychological distress, among other outcomes," Harrison said. "So encouraging people to count calories actually puts their health at greater risk — and why on earth would we want to do that in the name of public health?"

A study of 1,830 young adults published in March in the Journal of the Academy of Nutrition and Dietetics found the people most likely to change their food choices in response to nutritional information on menus are those who engage in binge eating or unhealthy dieting behaviors, such as fasting, meal skipping, purging, or taking laxatives or diet pills. They were less likely to rely on their body's cues, which Harrison said isn't surprising given that focusing on calories interferes with people's ability to eat intuitively. "Research shows that intuitive eaters — people who eat in line with their bodies' hunger, fullness, and satisfaction cues, without trying to control or restrict their eating — actually fare better in terms of physical and mental health than people who engage in dieting practices like counting calories or restricting portion sizes."

A 2017 study published in the International Journal of Eating Disorders randomized 716 adult women to receive a restaurant menu with or without calorie information. It found women with anorexia or bulimia may order fewer calories in response to calorie information, while those with binge eating disorder may order more calories.

Seattle started requiring chain restaurants to supply nutrition information — including calorie counts — nearly a decade ago, and Simon said it's been difficult for many of her patients who have eating disorders. "One woman shared she felt panicked when she first walked into Panera and saw calories everywhere she looked," Simon said. "She did not feel worthy of ordering the meal she really wanted, instead she looked for the lowest-calorie item."

Harrison said posting calorie counts also indirectly reinforces weight stigma, because, "everyone knows why the calorie counts are there — to try to push people to lose weight." Research has demonstrated that public health efforts aimed at preventing obesity increase weight stigma, and the stress of that stigma can, in turn, increase the risk of poor health outcomes. "So putting calorie counts on restaurant menus just isn't helpful for people's health, and may actually increase their health risks," she said.

Dennett is a registered dietitian nutritionist and owner of Nutrition by Carrie.

This article was written by Carrie Dennett from The Washington Post and was legally licensed through the NewsCred publisher network. Please direct all licensing questions to legal@newscred.com.