Your Dishwasher Is Not as Sterile as You Think 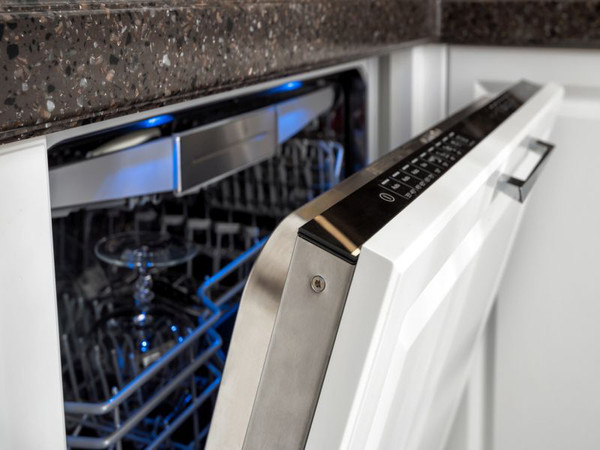 FRIDAY, Jan. 12, 2018 (HealthDay News) -- Your dishwasher may get those plates spotless, but it is also probably teeming with bacteria and fungus, a new study suggests.

Microbes -- from bacteria to viruses to fungi -- are everywhere, including within and on the human body. So it's no surprise, the researchers said, that a kitchen appliance would be hosting them.

So do people need to worry about getting sick from their dishwashers? No, said Erica Hartmann, an assistant professor at Northwestern University who was not involved with the study.

"The risk is probably in the realm of a shark attack," she said. That is, most people face little to no risk, but there are select groups who may be at higher risk -- in this case, people with conditions that weaken their immune defenses.

Dishwashers are an interesting case when it comes to microbes because they are actually an "extreme" habitat, Hartmann explained.

"People don't think of them that way. It's just your dishwasher. But it really is an extreme environment," said Hartmann, who studies the microbiology of the indoor environment.

The new study looked at which bacteria and fungi are actually dwelling there, and what factors seem to influence that microbial makeup.

Specifically, the European researchers took samples from the rubber seals of 24 household dishwashers.

Overall, they found, the most common bacteria included Pseudomonas, Escherichia and Acinetobacter -- all of which have strains that are "opportunistic pathogens." That means they are normally harmless, but can cause infections in people with a compromised immune system.

The most common types of fungus were Candida, Cryptococcus and Rhodotorula -- which also include opportunistic pathogens.

Nina Gunde-Cimerman, a professor of microbiology at the University of Ljubljana, in Slovenia, worked on the study.

She said dishwashers and other microbe-hosting appliances are "generally safe" for healthy people. It's "sensitive groups," she said, who may need to be more cautious.

Gunde-Cimerman said she and her colleagues suspect dishwashers might play a role in fungal infections called mycoses in certain immune-compromised patients. A fungus commonly found in those patients, she said, is known as Exophiala dermatitidis, or black yeast.

And while that fungus is "hardly known in nature," she said, it's easy to find in dishwashers.

However, Gunde-Cimerman stressed, that's speculation. No one has yet proven a connection between dishwasher microbes and mycoses infections.

How do fungus and bacteria get into dishwashers? The "main entry point" for fungi is the tap water that supplies the appliance, Gunde-Cimerman said. But food, people and pets are other potential sources, she added.

As for the bacteria, the source isn't clear, according to Gunde-Cimerman. "But we speculate that contaminated food is the main entry route," she said.

It is possible for dishwasher microbes to break free from their home: They can get out via waste water, or through the hot air produced at the end of the dishwasher cycle, Gunde-Cimerman said.

So one way to keep the microbes contained is to avoid opening the dishwasher before it has cooled down, according to Gunde-Cimerman.

"Do not open the dishwasher when it is still hot and humid," she said, "to prevent the release of aerosols in the kitchen."

Wiping the rubber seal with a dry cloth at the end of a cycle can also limit microbe buildup, Gunde-Cimerman said.

Hartmann agreed that people who are concerned can wipe down the dishwasher seal.

But she also emphasized the positive aspects of the microbial communities living in all our homes: Scientists have made great discoveries by studying microorganisms.

Hartmann pointed to the example of a bacterial enzyme discovered in the hot springs of Yellowstone National Park. It was instrumental in developing a breakthrough technique called polymerase chain reaction, which is now used to study DNA in research and clinical labs everywhere.

"Your kitchen might not be Yellowstone," Hartmann noted. But, she added, it may host some "pretty amazing" microbes.

So if you are ever presented with the opportunity to have researchers swab your kitchen, Hartmann said, consider it.

The study was published Jan. 12 in the journal Applied and Environmental Microbiology.

The U.S. Department of Health and Human Services has more on keeping bad bugs out of kitchens.